You May Be Surprised to Know Who’s Really in Prison 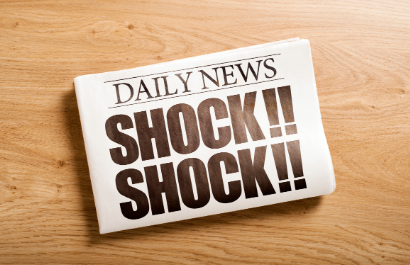 If I made a list of all my mistakes it would take a while to apologize for all of them. I think many of us, at one point, moved through life as younger, freer beings; I remember feeling invincible. If we were sitting together right now, talking about old school days, we would be sharing some crazy stories- most likely we would be laughing and wondering how we survived!

Now imagine some of those precarious situations from your teens and early twenties. Think hard. Is it possible that you may have actually committed a non-violent crime on one of those crazy nights? Now, I want you to imagine that instead of getting away with it you got arrested and went to jail. Let’s take it a step further and envision that you ended up getting sent to prison for that crime— for that thing you did that you may deeply regret. Every day it runs through your mind; you do what you can to atone and make some kind of amends.

You know that one day you will be free. When you’re finally being released after years, or even decades, you wonder, “what happens next?” After being locked in a cement world and re-entering a society that has changed over the course of years, you are excited, scared…hopeful. Then the harsh reality hits—no one will hire you because of your record. If you’re lucky, you may find a job paying minimal wages.

This is really sobering. This is a reality. This is happening right now.

Did you know that half of the prison population today consists of young people?

Most of these women are non-violent criminals charged with felonies they committed due to their addiction to drugs. Using narcotics is often the only coping skill many of them ever learned to deal with the trauma they’ve encountered in their lives.

Consider what it would feel like to desperately want to turn your life around and yet have no one willing to take a chance on you. Formerly incarcerated people have an incredibly difficult time finding a company willing to hire them with a record.

It’s good to know that real change is possible.

Currently, I am working with Televerde, a purpose-built company, that believes in second chance employment and strives to help disempowered people find their voice and reach their human potential. Seven of Televerde’s 10 engagement centers are staffed by incarcerated women representing 70 percent of the company’s 600+ global workforce. The success of this model was documented in a recent study by the Arizona State University Seidman Research Institute.

The results reveal that participants of Televerde’s program go on to attain employment, earnings, and education at higher rates and re-offend at significantly lower rates than other formerly incarcerated females in the United States.

Televerde Foundation was founded one year ago with the mission to enable currently and formerly incarcerated women to join and succeed in the global workforce. The foundation supports the women of Televerde with their reentry. However, each year there are 81,000 women being released from prison. To support these women, Televerde Foundation has formed Career PATHS workforce development centers. These centers will enable women to be trained in customer service, inside sales, and computer technician skills with the goal of having every participant employed within 60 days of release.

Recently, Televerde was hired by Xactly to help advance customer growth and develop a pipeline of consistent and qualified sales opportunities. It makes me incredibly proud to work for a company that isn’t just talking about diversity and inclusion, but is making real and meaningful strides to put inclusive hiring into action.

Inclusion is not about race, sexuality, or politics—it is about standing up for EVERYONE. It is ultimately about empathy and compassion. We just need to be there for each other. We need to do better.

Let’s remember that change doesn’t happen overnight, AND it needs to happen. When organizations like SAP, Xactly, and Adobe are willing to expand what it means to be inclusive and hire people who need a second chance, results happen. Recidivism rates go down, we help to build a more diverse workforce, and we work toward a worl with less bias and more equality. When we give a second chance, rethink a point of view, or relinquish a steadfast opinion, we actually DO better. It’s time.

If you support second chances we encourage you to learn more about the women and their journey on our blogs. Or you can make a donation to assist more women that are preparing to embark on a new journey into the workforce.