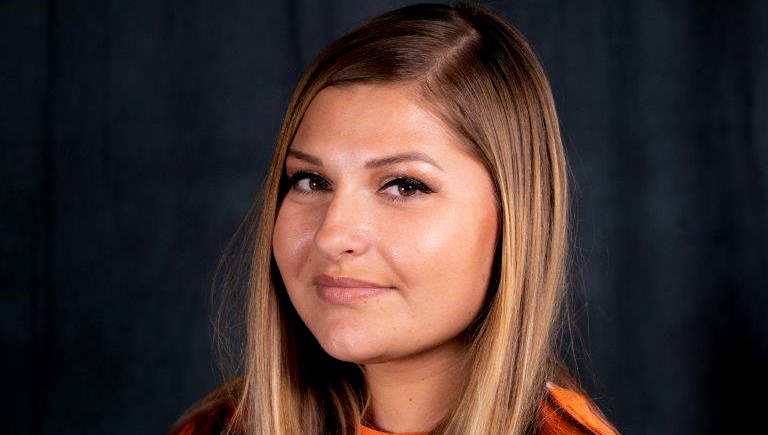 Alex Hunt was headed back to prison for the third time for an offense she committed years prior. This time would be different, she decided as she prepared to return to Perryville. This time, she’d get something out of the experience.

“I was going in with a completely different mindset. I had some friends that were helped by Televerde Foundation who were working at Televerde, and they’ve gotten out and were living really successful lives,” she said. “I knew that could be my way of making this time count. I was leaving my nine-month-old son behind, so I knew I had to make the time count.”

Alex applied and was accepted into Televerde, but despite going in with a plan, she discovered she still had a lot to learn and a long path of growth ahead of her.

“Before I went in, my idea was just getting into Televerde, strictly to get out of bartending. I had this mentality that I was different, that I had changed, and there’s nothing more I can learn here. And that was so naive because I thought that I was living ‘normal’, but I was not. There was still a long way I needed to go,” she said. “Had I not become involved with them and not become involved with the Televerde Foundation, from a mental and emotional standpoint, I would be much further back than I am now.”

Through the Televerde Foundation’s programming, Alex improved her emotional intelligence, public speaking skills, and developed a strong sense of self-confidence. The network of women in the Foundation helped Alex realize she had support and that she could work together with the women around her, rather than competing.

“When I was growing up, it was more acceptable to climb on whoever’s back. Climbing your way up to the top while breaking others down. Whatever it takes to get a good position. To me, that was normal, and then I meet this community of women, and it took a long time to break down those walls because there was a lot of distrust,” Alex said. “I didn’t trust that they weren’t going to sabotage me. It sounds crazy when I say it out loud, but there really were a lot of trust issues. I’ve been out since September, and these women have been a community to rely on, not only for work-related things or things related to Perryville, I can go to them about anything. I go to all of them before I go to my own family. It was life-changing.”

Alex today has no shortage of ways to use her new skills. She’s pursuing a degree in nonprofit leadership and management. She volunteers with the American Civil Liberties Union, speaking about her experiences, meeting with legislators, and testifying before Congress.

“Seeing my recent grades posted and getting emails from my professors – they know I’d just gotten out – saying that how proud they were of me, that was cool,” Alex said. “I feel like everything has just happened for a reason. I’d never have done these things had I not had the experience in prison with Televerde Foundation because I wouldn’t have had the confidence to talk in front of people and tell my story. I was always afraid to tell my story. So, such a horrible thing, going to prison, ended up being one of the best things that have happened to me.”