Children of Incarceration: The Hidden Victims 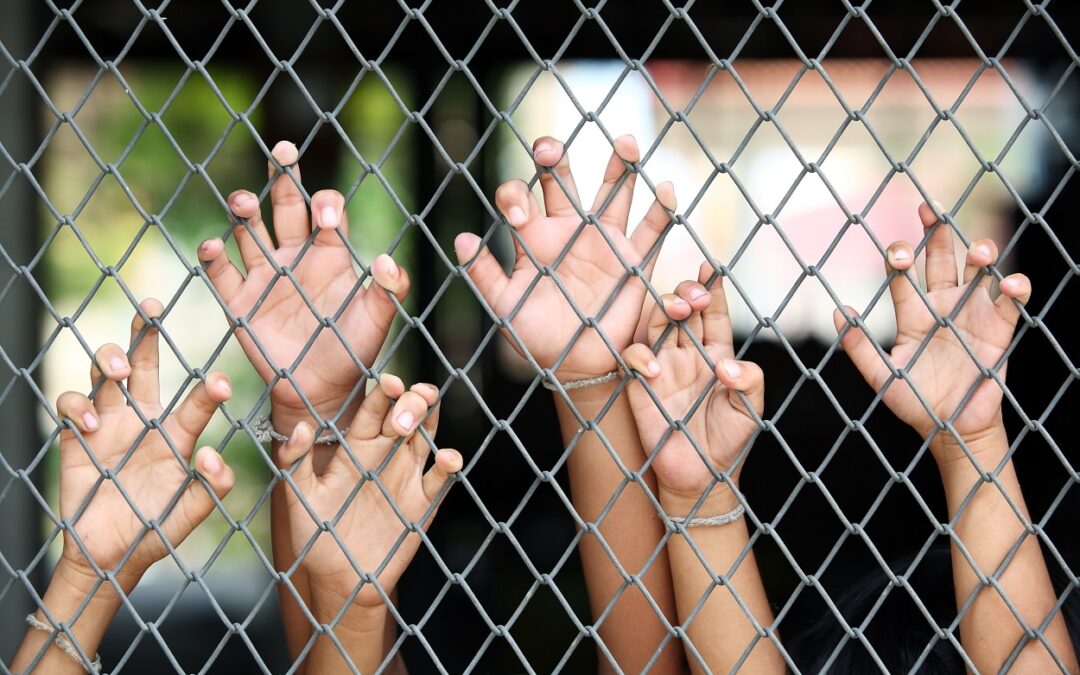 The United States may make up only 4.2% of the world’s population, but American prisons house over 20% of the incarcerated population. And mass incarceration to this degree does not stop its effects at prison walls. With such a high population of prisoners comes a high population of “hidden victims,” a term used for the family members of imprisoned individuals. Nowhere does the meaning of this term become more understood than when examining the children of incarcerated parents. The impact on children is a widely overlooked consequence of such prominent mass incarceration, but these youth face a higher risk of behavioral and mental health issues. As they grow older, they will often follow in their parent’s footsteps and find themselves in prison. This process, where children of incarcerated parents end up in prison themselves, is known as intergenerational incarceration and ensures these families remain victims of poverty and the criminal justice system for generations. This cycle cannot be broken until reforms are taken within the prison system to support both the incarcerated individuals and their families properly and fully.

The children of incarcerated parents are a vulnerable group within society. As most imprisoned parents lived with their kids up until their time in jail, it makes sense that a sudden severing of direct contact between parent and child would lead to a host of problems as the children grow up. According to a study by the Population Research Bureau, kids with an incarcerated parent are three times more likely to face behavioral problems and depression than their peers and twice as likely to suffer from learning disabilities, ADHD, and anxiety. Along with these internal issues, children of incarcerated individuals face numerous outward effects. Homes with incarcerated parents are at higher risk for food insecurity and relocation from their houses, adding to these children’s social and economic troubles. It’s also common for these children to face significant social stigmas because of their familial incarceration. This, in turn, leads to decreased peer relationships and self-esteem in the formative years of one’s life.

“It’s like whatever damned life you had lived is stuck on repeat and is carried on through your children,” says Lydia, a woman incarcerated at the Arizona Corrections Center for Women at Perryville who was also raised by a mother who cycled through the prison system.

With such vigorous social stigma and mental health issues occurring in childhood, it’s a tragic natural progression that children of incarcerated parents would be inclined to follow in the footsteps of their parents going into adulthood. In fact, one of the most prominent factors in adult incarceration is having one or both parents in prison as a child, with these circumstances resulting in an individual being six times more likely to become incarcerated, though the statistics vary depending on the specific situation. For instance, children with an incarcerated mother are much more likely to enter the prison system than those with an incarcerated father. As Lydia explains, “I have found that this feeling [of emptiness] turns into a want, and I wanted my mom so badly that I became her. I became an exact replica of her without even noticing.” This feeling of desire for a lost parental figure is a commonly believed reason for such increased incarceration rates, along with the stigma faced in youth and subsequent mental health troubles. It’s a perfect yet devastating storm leading to incarceration and one that happens entirely too frequently in the United States.

What is the solution to this cycle of intergenerational incarceration? An easy answer is to simply incarcerate less. Roughly 39% of all people incarcerated in the United States are low-level or nonviolent offenders who would pose no threat to public safety if they were released back into the world. Prison has become the default punishment for a crime in the United States, no matter how minor the crime may be, and in many instances, these sentences in federal and state prisons often prove ineffective. The goal of prison for the majority of crimes should be to rehabilitate the criminals rather than simply punish them, but the prison system today rarely achieves this. Two of 3 individuals released from the United States federal prison system will be rearrested within just two years of their release, which shows a clear failure in prisons to truly prevent crime. Similarly, mandatory minimum sentences for nonviolent criminals force the impacted individuals to face a certain amount of time with little room for negotiation, which places more individuals in prison and, thus, creates more “hidden victims.”  If this system were fixed effectively, with nonviolent and low-level crimes treated in ways other than instant prison sentences, it would significantly reduce the number of children who may enter the system later.

Beyond incarcerating less, the lack of support for these individuals and their families is a core factor that pushes this cycle to continue generation after generation. About 45% of federal prison inmates report significant mental health issues, with substance use issues also running rampant in the system. When these issues are untreated, the individuals suffer greatly. If they receive treatment for their mental health or substance abuse issues rather than being arrested for them, it significantly reduces the number of children living with parental incarceration. More resources must be invested into these individuals to try and stop crime at the source before it reaches the point of incarceration.

If incarcerating less seems difficult, providing direct support to prisoners is a simpler task. Incarcerated individuals should receive support and education while serving their time instead of facing ridicule, which will help them get on their feet more quickly upon release and sever the cycle of recidivism. For example, female prisoners who received jobs, support, and education through Televerde, a global sales and marketing solutions company based in Phoenix, AZ, obtained employment 44.3% more than the U.S. national average for released female prisoners while reaching higher wages and education levels once released. These efforts have amazing effects on the released prisoners and their families. The adult children of incarcerated Televerde employees are 11 times less likely to be incarcerated when compared to those of other incarcerated mothers. (You can read about the full impact of Televerde’s 27-year prison program here.) This true break in the cycle of incarceration is directly dependent on the extra support and education given to incarcerated individuals.

Upon release, it’s vital that formerly incarcerated individuals receive the utmost support upon leaving prison walls. Roughly half of the released prisoners fail to find steady work within the first year of their release, leading to the staggeringly high recidivism rates that bring most back to prison within just three years. Of course, part of this lack of job success can likely be attributed to the aforementioned lack of education received in prison, but stigma regarding incarceration is the driving force behind this struggle. Most job applications include a question regarding an applicant having criminal records, and in most cases, checking this box results in an application being automatically disregarded. A criminal record should rarely be the deciding factor for a released prisoner to find a job, especially when a stable career and economic stability are extremely important factors that prevent individuals from becoming incarcerated again. By eliminating this “box” and striving to make criminal records obsolete in the hiring process, we can help these people integrate back into society, thus giving stability back to their families to eliminate the chances of their children following the same path.

The ripple effects from incarceration are rarely considered, but nowhere are they more prominent than in the children of prisoners. With significant mental health and behavioral issues and a strong social stigma attached to them, the cycle of incarceration is often continued through them for generations to come, but it doesn’t have to be this way. If a mended justice system where incarceration is not the default to crime is implemented and prisoners receive hefty amounts of support and resources while in prison, we can truly succeed at breaking these tragic cycles so that anyone incarcerated is the last of their family.

“I am 25 years old walking out from behind the gates of a penitentiary,” says Lydia, “Thanks to prison programs that focus on providing career training and development, job placement, life skills training, access to education, transitional and business mentoring, and more, I have the support and confidence I need to reclaim my independence and break the cycle of recidivism. I also finally have hope that no relative of mine will replace me on my way out.”